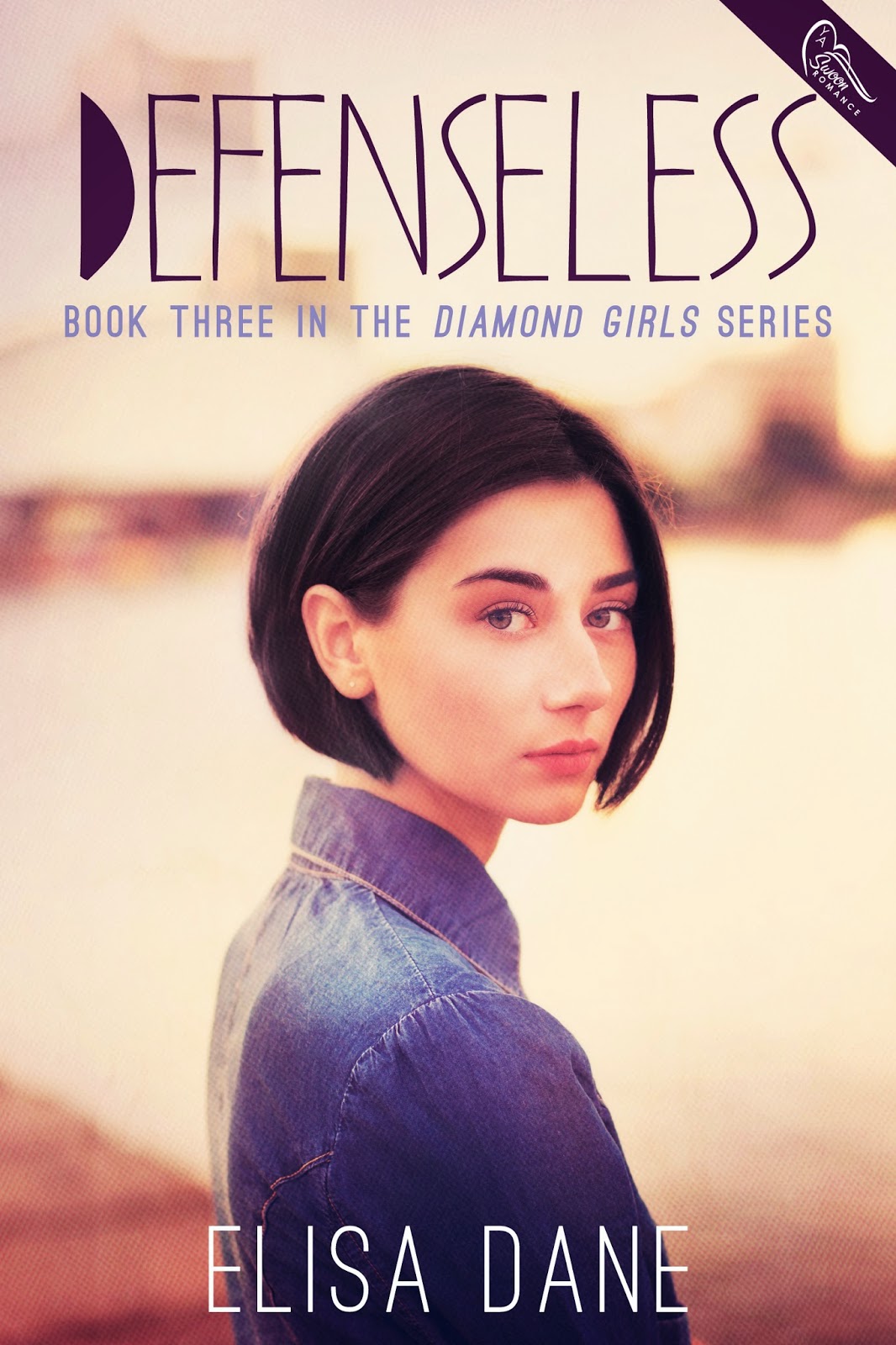 Summary from Goodreads:
High school senior, Claire Reilly’s world revolves around All-Star cheerleading. The Diamond Girls, are gearing up for a major competition, which, if they win will allow them to compete at Worlds for the first time. But the unimaginable happens, and both Claire and her team are rocked by a devastating loss. Determined to get to Worlds any way she can, Claire finds help from the last person she imagined would give it—up and coming UFC fighter and notorious bad boy, Ryker Vaughn.

Fouled out of the octagon by a dirty opponent and a vicious kick to the head, Ryker loses control when he learns he may never fight again. Angry over the loss of his mother, an unsupportive family, and the world in general, he gives up, gives in, and unleashes his rage—destroying part of his cousin’s cheer gym in the process. Things go from bad to worse when Ryker is given an ultimatum: help the Diamond Girls compete for a bid to Worlds, or go to jail.

Overwhelmed with anger, sadness, and grief, the unlikely pair learn that what you see is not always what you get, and that the most difficult losses sometimes open the door to a frightening, yet amazing new future.

"Ryker? What are … Oh my God! Did you … Did you do this?" Tayla's arm shook as she pointed to the destruction behind us, the expression behind her eyes a mix of anger,
disappointment, and outright disgust. "Seriously?" She lunged forward and, standing toe to toe with him, jabbed him in the chest with her pointer finger. "I can't believe you would do something like this. I never believed the bad things my mom said about you. I never thought you were violent or dangerous."
She gasped then as if holding back a sob and shook her head once. "I know all the horrible crap Aunt Karen did, what an awful person she was, but I always defended you. Told my mom and the rest of the family it wasn't fair to shut you out because of her behavior, or judge you because of what happened at the reunion." Her lips pulled down at the corners as she glanced over her shoulder toward the wreckage. She shook her head once before glaring at Ryker with a look of total disgust. "I was obviously wrong to defend you. You're definitely the violent jerk our family thinks you are."
It happened fast. So fast, in fact, I almost missed it. For a split second, his stony, impenetrable exterior crumbled, his face fell, his eyes drawing in with hurt. His icy gaze returned as quickly as it had disappeared, and he met Tayla's glare, expression blank and unreadable. Cold. Callous. Heartless. What was wrong with him?
Coach Shea stepped forward then, wedging herself between Tayla and Ryker, whose attention, for whatever reason, had turned to me. What the hell was he looking at? I crossed my arms and scowled, ready to tear him a new one when Coach Shea shot me a warning look. Coach was small, but her presence was huge, and the look on her face at that moment made it obvious she meant business. "That's enough, girls. Tayla … get into the gym with Claire and warm up your team." She paused for a brief moment before uttering a scary sounding, "Now."
Ryker continued staring at me, unfazed, it seemed, by the entire situation. What was his deal? Did he feel no remorse at all? Did he care at all he'd hurt the only member of his family that gave a damn about him? Did he have a freaking clue how intense his stare was?
I felt breathless, which seemed odd given the situation. I attributed it to anger and pushed the feeling aside. "C'mon, T," I said and latched onto Tayla's wrist. I tugged at her arm and pulled her down the narrow hallway, and away from Ryker.
The heat of his unyielding stare seared into the back of my neck. What was his deal? Why hadn't he said anything to Tayla when she went off on him? I'd seen the hurt behind his eyes and knew her words had cut him deep. Why didn't he react? Why didn't he apologize, or show some type of emotion? He couldn't be as cold and callous as he wanted everyone to believe. He just couldn't. And why, especially after his non-reaction, did my heart jump at the sight of him?
People have told me on more than one occasion, that when you care for someone, their physical appearance will change, or matter less to you. Someone who wasn't blessed in the looks department can become beautiful to you. I assumed it worked the other way around too. So, knowing what I did about Ryker, and having witnessed his destructive behavior, why did my heart race whenever I looked at him? His chiseled jawline and muscular physique should have had no affect on me. None whatsoever. There had to be something fundamentally wrong with me to be able to harbor an attraction to a jerk like him and I hated myself for it.

Companion books in this series:
(each book is a separate story and do not have to be read in order)

About the Author
I'm a lover of books (YA & Adult romance), chocolate, reality television, and am a proud mother to three All Star cheerleaders. Woot!
I write Contemporary YA romance with cheerleaders. Yep. I write what I know, and it's my hope that my stories will not only take you on a romantic journey that will warm your heart, but that you'll find a new respect and interest in the sport of Cheerleading you may not have had before.