Book Blitz and Giveaway: Days Like This by Danielle Ellison @DanielleEWrites #dayslikethis 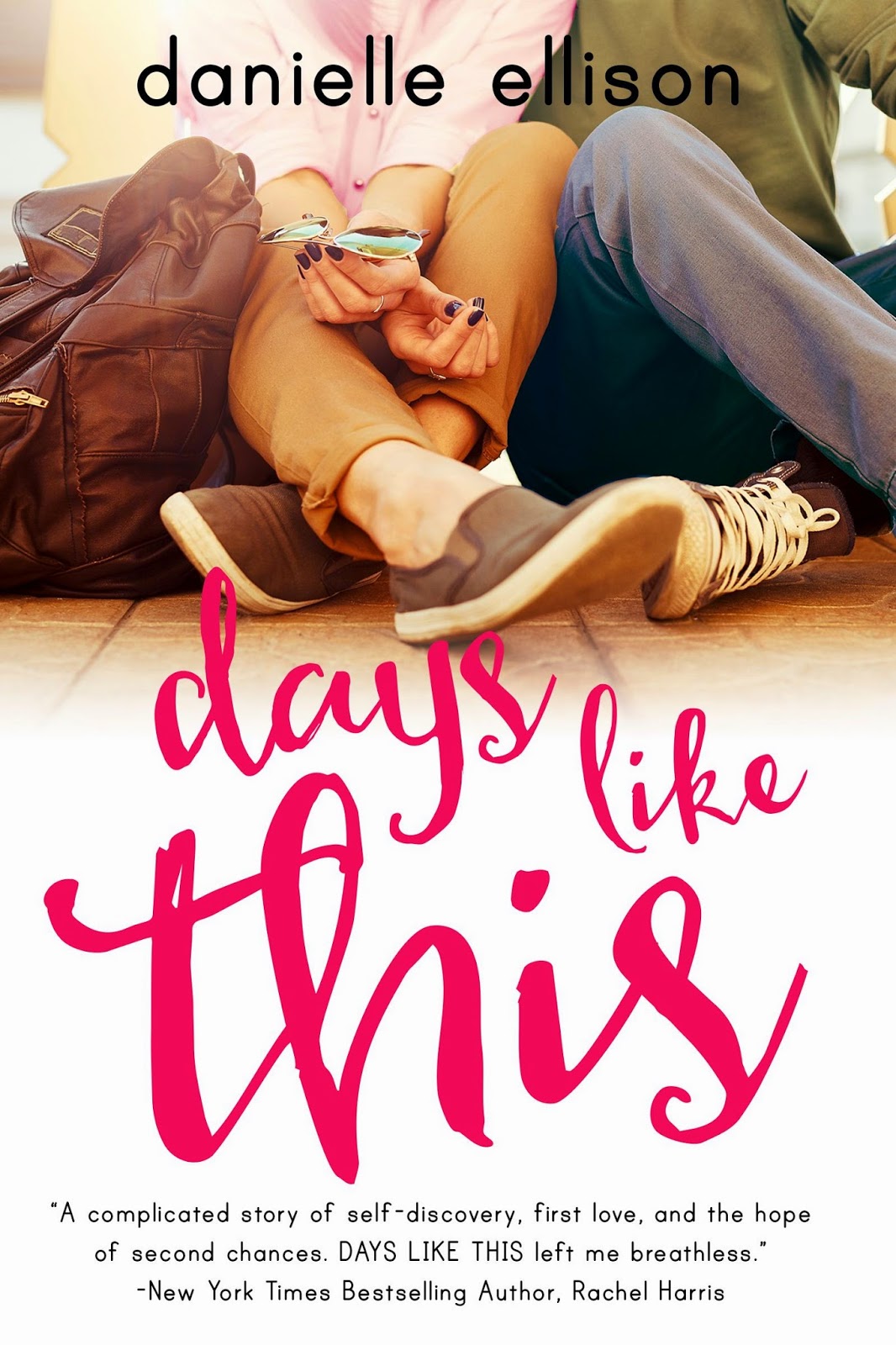 Summary from Goodreads:
Sometimes the only thing standing between fear and hope is yourself.

Almost a year ago, nineteen-year-old Cassie Harlen had a lot to deal with. A stack of college acceptance letters waiting for answers, a proposal from the boy next door, and a mother whose most recent bipolar episode left Cassie hurt and confused. Tired of cleaning up the messes caused by her mother's disorder, of resenting her mother for not being there, and scared of being trapped by an inevitable future—which included marrying Graham Tucker—Cassie did the only thing she could think of to keep from ending up like her mother: she left.


Graham never knew why Cassie walked away. He woke up one morning and she was gone—along with the life that he’d created around her. After eleven months, Graham has a new plan for his future. One that doesn't involve Cassie Harlen.

When Cassie's mom nearly burns down her house, Cassie’s forced to return home. Back to a mother she’s tried to ignore and the guy she’s been unable to forget. Graham doesn't know how he's going to spend the whole summer living next door to the person who broke his heart without letting those old feelings push through to the surface.

1) Cassie
He led me through the door beside the back of the stage and the guys yelled something. Rohan flipped them off, and then I was surrounded by darkness. It was so dark I couldn't tell if my eyes were opened or shut. Warmth spread across my neck as Rohan said in my ear, "This is the moment, Cassie."
His heart raced against my back, and the feeling of him so close to me made my breath hitch. Between his hands around my waist and his breath on my neck, my body melded into his. My heart pounded too, trying to keep up with his, anxious from this surprise and from his fingers on my skin. Every part of me responded to Rohan when he touched me, from my head to my stomach to my toes. It was a feeling I still wasn’t used to.
With Graham it was different. With Graham, my whole being responded. Just by a look across a room or a word. And God, a touch was like fire exploding all over my skin. I didn’t have that with Rohan. What Rohan and I had was only physical, what Graham and I had was everything—multiplied by a hundred, plus soaring.
Thinking about what I left hurt. If I had stayed, maybe we’d be married right now, going to school together and I’d be really seen, really known. But I hadn't stayed.

When she’s not writing, Danielle is probably  eating cookies, fighting her nomadic urges, watching too much TV, or dreaming of the day when she can be British. She has settled in Northern Virginia, for now, but you can always find her on twitter @DanielleEWrites.