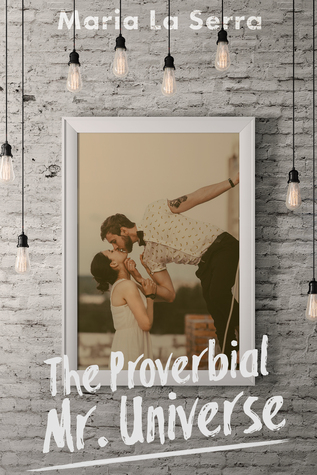 Dear girl with the red scarf,
Love was never meant to be conquered;
you have to surrender to it.
Trust me. After all, I am Mr. Universe.
When the universe conveys a message, you listen.
Olivia Montiano just caught her fiancé cheating. Now she is forced to question what she wants out of life and love. Striving to live up to her father’s unrealistic standards for the past twenty-three years, every decision she has ever made was with her father’s wishes in mind—until she finds mysterious, handwritten letters tucked away in places only meant for her. That’s when she realizes she’s been on the wrong path all along and gives her heart to a guy her father thinks is entirely wrong.

Washed-up abstract artist Nick Montgomery has had quite a few setbacks in life. He’s become accustomed to never needing anyone, thinking he’s just fine—until he meets the girl with the red scarf. She’s not his type. But the universe has other ideas. Nick has a secret he’s keeping from her, afraid it will bring their new relationship to a sudden halt.
Will they figure out what the universe holds for them?

Goodreads / Amazon / Barnes & Noble
—
EXCERPT:
“I think it’s safe to say it would be safer for you if you took your bike to work.”
He winked at her.
“Ha, funny.” She looks at the people who gathered around; some were locals, and some were tourists. What she enjoyed the most was the view of downtown Montreal.
Nick waited for her to get settled on the steps of the Chalet du Mont Royal before handing her back a vanilla ice-cream cone.
“Wasn’t that fun?”
“Yes, it was. But I don’t know how I’m going to get back. My legs are so tired.”
“What’s the rush?”
Olivia shrugged and smiled at him.
“Is there somewhere you have to be?”
“Do you?” She acted nonchalant, not wanting to give Nick the satisfaction that she was easily available.
He smiled appreciatively. “Great, we both have nowhere to be. So there’s no rush.”
He glanced down and frowned. “You better start working on that ice cream before it drips.”
Olivia licked her ice cream, making more of a mess of herself. She laughed, and Nick handed her more napkins to help her clean off her sweater.
“You know what else I haven’t done in ages?” She looked up at Nick, who sat one step above her.
“What’s that?”
“Ping pong.”
He made a funny face like she said something revolting.
“Come on, who doesn’t like ping pong?”
“Just to let you know, I’m silently judging you.”
Olivia glanced at his gray polo shirt with happy faces scattered all over it.
“Don’t you dare be judging me, Montgomery. Where did you find this lame top?” She playfully ran her hand across his chest, feeling him stiffen under her touch. His smile slowly faded and out of nowhere, there was a particular affliction overshadowing his face.
“Don’t worry, Montgomery, my hands are clean.” She put her hand up to show him.
“No, it’s not that.” His voice had become heavier. “There something I’ve wanted to tell you.” Something in his tone caused for concern. Then she thought maybe he didn’t want things to go back to the way they were. Maybe he realized during their time apart that he’d rather be just friends. Or worse … there was someone else. She was afraid of what he was about to say. Whatever it was, it wasn’t good. She could feel the presence of it, this thick air hovering above them. Olivia didn’t know if it was the ice cream or this familiar feeling of complete disappointment because the tugging in her stomach began to grow.
Aware of his stare, she glanced up to find his eyes on her, and for a moment Olivia wished he would kiss her to make it all go away. 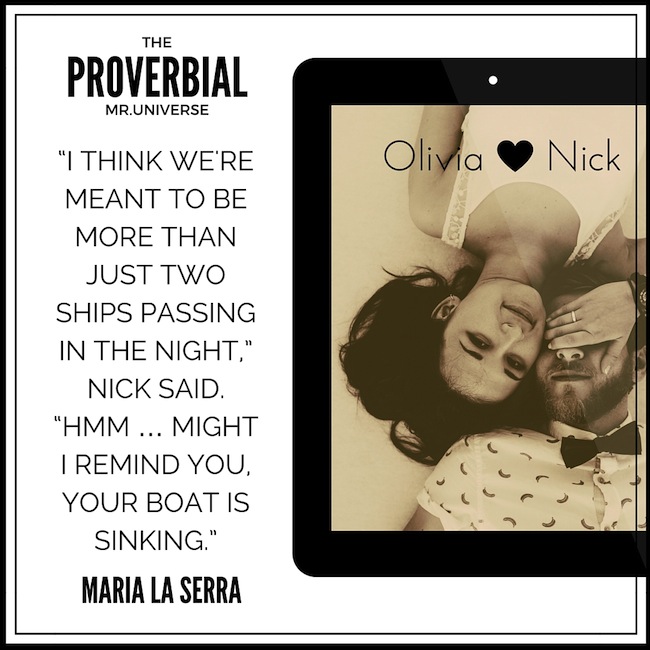 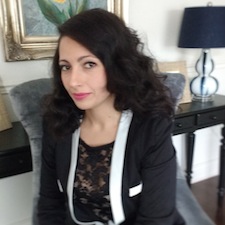 Author Bio:
Maria La Serra, a fashion designer, turned writer, lives in Montreal with her husband and two children. She will try everything at least once, except for skiing, hiking or camping-okay anything relating to activities done in the great outdoors. The Proverbial Mr. Universe is her first novel.