Book Blitz and Giveaway: Life in the Danger Zone by Patricia B. Tighe @patriciabtighe 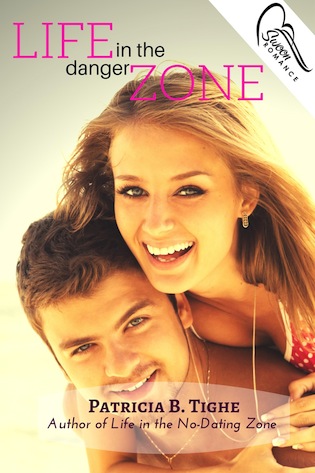 Sixteen-year- old Rose Mulligan’s plan for the summer cruise with her grandparents is simple—read mysteries in the sunshine and see historical sites. It doesn’t include joining a young people’s tour group or crushing on a boy whose flirting runs hot and cold. And it definitely doesn’t include being accused of theft.

Sam Briggs also has a plan for the trip—hang out with his uncle and cousins, and avoid thinking about his stupid parents. But when family members pair-up with strangers, Sam is left wanting to hit something. The only bright spot is shy, constantly blushing Rose, a girl he really needs to avoid. She’s too nice for a meaningless hookup. Then why can’t he stop thinking about her?
Determined to clear her name, Rose decides to find out who the real thief is. It quickly becomes clear that everyone has secrets. Dangerous secrets. But by the time Sam starts helping with the investigation, Rose is wishing she could forget the whole thing and just focus on his intense gaze and lopsided smile. There are only a few days left on the trip after all, and they’ll never see each other again once it’s over. Right?
But it’s too late. Danger has a way of finding you, whether it’s disguised as a cunning thief or a swoony boy.

Goodreads / Amazon
—
EXCERPT:
Sam’s point of view:
We continued on for a while, occasionally dodging people coming from the other direction. At one point, the promenade made a sharp turn to the left, bringing us face-to-face with two middle-aged men engaged in a loud discussion in Croatian. While smoking cigarettes. And only wearing gold chains and black Speedo-type briefs.
Our passing didn’t bother them at all. They kept talking like we weren’t even there. But I held my breath because Alexis was about to give me crap. It was as predictable as saying the sun would set tonight. Because I used to love Speedo briefs for swimming; it always felt like the longer jammers slowed me down. Later I changed my mind. It happens. You need to get rid of all liabilities in a race. Even those that might be just in your head.
Alexis started coughing, and I knew it wasn’t because of the smoke. Here it came. And three, two, one …
“Those are just like the ones you used to wear, aren’t they, Sam?” Alexis asked, laughter in her voice.
I looked behind me. She and Rose were both smiling. Although Rose’s smile looked like she’d had to plaster it on. “Kind of, yeah.”
“You looked so adorable in them with your little stick legs,” she said.
I stopped walking and turned around. Marie stopped too. “I have never had stick legs,” I said. Oh, no. Now all three girls stared at my legs—well, my calves were the only part showing. My skin got all prickly, and I shoved my hand in my pocket to keep from scratching my knee.
Alexis’s smile grew broader. “You did when you were twelve.”
I glared at her. “So did you.”
She laughed. “But I wasn’t wearing Speedo briefs.”
Rose covered her mouth. She had to be smiling under that hand. I wanted to grab it and pull it away from her face. Heck, I just wanted to grab her hand in general. I shook my head at her. “Not you too.”
She raised one eyebrow, but before she could say anything, Marie spoke. “Not sticks,” she said, still examining my legs.
“Not anymore,” Alexis said.
“Nope,” Rose said, between her fingers, “definitely not sticks.”
I was torn between running away and dropping trou so they could get the full effect. But just then, Nick appeared. “Why’d you guys stop?”
“Don’t even,” I said to Alexis, causing her to bust out laughing. 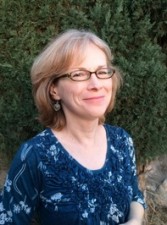 Author Bio:
The mother of two grown sons, Patricia B. Tighe lives in West Texas with her husband and dog. She eats way too much pizza, drinks way too much coffee, and watches way too much NFL football. On the bright side, she also reads and writes teen fiction. She promises to include as much romance, angst, and adventure as possible in her books.