Book Blitz and Giveaway: The Secret Billionaire by Teymour Shahabi 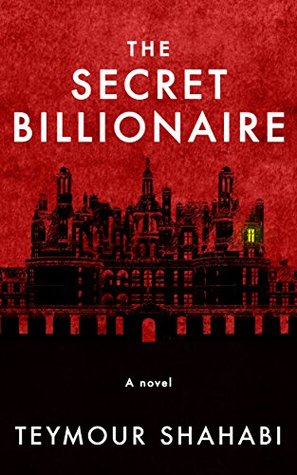 March 24. Billionaire Lyndon Surway takes off in his private plane and never returns.
His will leaves the entirety of his wealth—one of the largest fortunes in history—to his “dear friend Lucian Baker.” Only there is no trace of anyone by that name. And the fortune itself is nowhere to be found.

Andrew Day knows nothing of wealth and privilege, but he won a scholarship to study at the most exclusive school in the country, in the town where the mystery, decades later, remains unsolved. There he discovers friendship and danger with the aristocratic Cameron and the beautiful Olivia. But watchful eyes follow him everywhere… Until, one night, he comes across a secret that will change his life. As he begins to unravel what really happened to the Surway fortune, the question remains: who is Lucian Baker?
Winner: Northern California Book Festival, Best Young Adult Book, 2016
Winner: Great Midwest Book Festival, Best Young Adult Book, 2016

Goodreads / Amazon
Teymour Talks About The First Review of His Book:

—
EXCERPT:
The Metropolitan Times
June 24, 196…
At nine o’clock yesterday morning, following ninety days of fruitless searching, billionaire industrialist and businessman Lyndon Surway was officially pronounced dead. Mr. Surway was last seen by members of his staff departing from the main airplane hangar of his estate a few minutes past eight in the morning, flying alone aboard one of his aircraft. His last recorded words to the command center crew of his hangar were: “Clear skies and mild winds. Perfect visibility, or as perfect as I could hope, for as long as I can tell. Gentlemen, I wish you a thorough enjoyment of this fine day.” Nothing unusual was noted in his language or behavior.
The late Mr. Surway often took his plane out with no stated destination. But this time, he failed to return at the customary hour of six in the evening. As no word had been received from him, the kitchens were advised that he would likely dine outside. At ten o’clock on the following morning, when there was still no news of Mr. Surway or his aircraft, the Steward of the House alerted the municipal, state, and federal authorities, and a search began for the missing magnate. But no airport, hotel, hospital or inn within fuel’s range of the estate could provide any information. Dozens of interviews bore no result. Countless journalists and detectives rushed in from every corner of the country, but none of them could unearth a single clue regarding Mr. Surway’s whereabouts. Not even the Steward could guess where Mr. Surway had gone. On the morning of his disappearance, Mr. Surway had only told him: “My day is free and so am I.”
Fifteen infantry troops were dispatched, with over a hundred hound dogs, across more than two hundred miles of hills and valleys surrounding the town of Spring Forge, where Mr. Surway lived. The infantry and the dogs found nothing. The Air Force then loaned eighteen jet-powered aircraft to continue the search. The Navy joined the effort with five ships, sixteen helicopters, and four submarines to scour the coastal regions, islands, and ocean floor within flying range of the Eastern Seaboard. Again nothing was found. Finally then, a large-scale search was conducted through the grounds and the buildings of Surway House itself, led by seven hundred volunteers from Spring Forge and other towns throughout the valley. Still they found nothing. Yesterday marked three months since Mr. Surway’s disappearance. The aircraft was legally declared lost, and its owner deceased. Mr. Surway, estimated for each of the past twelve years to be the wealthiest man in the Western Hemisphere, leaves behind no known relatives. 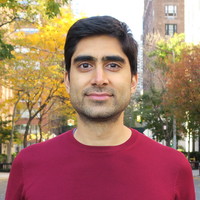 Author Bio:
Teymour Shahabi was born in Paris in 1985 of Persian parents. He moved to the United States to study Comparative Literature and Mathematics at Harvard University. He lives in New York City where he’s spent the last few years among serious professionals, many of whom probably prefer to read nonfiction. The Secret Billionaire is his first published book.
You can watch (and help) him try to figure out writing and life at www.facebook.com/teymour.shahabi.