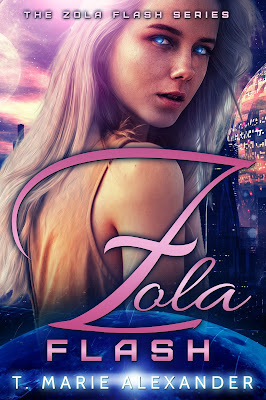 Zola is a Victian. And for as long as she’s been alive, her planet has been at war with the ruthless, demeaning Payohlini.

After witnessing the gruesome murder of her family, Zola Flash decides it is time to escape with the one person she was taught to hate before she meets the same fate. Earth seems to be the perfect place to hide out – to pretend her whole life didn’t come crashing down.

While on Earth, fitting in and making new friends are Zola’s main goal. It’s what she wants. A family to call her owns. But then, Zola uncovers family lies and the true reason behind this never ending war.

Now it's up to Zola and the enemy, who is swiftly stealing her heart, to save her people and gain retribution for her family. But when revenge and protecting her people mean relinquishing her freedom, she's left with a difficult choice.

Excerpt
Pin searches my eyes as if the truth lies within them, before he pulls up a seat and sits in front of me. “Zola, how old are you?” he asks in a steady voice.
“Sixteen. Why?”
“Two years early,” Pin murmurs to himself.
He gets up and paces across the floor. He glares at me for a moment in a way that worries me. In a few strides, he marches back over to me, grabs me off the bed, and cradles me in his lap. He traces a finger across my healed wounds, as I daze into those immaculate eyes of his.
Halting in his ministrations, he frowns. “Would you like to hear a bedtime story before I leave?” he asks without meeting my gaze.
“I think I am a little too old, but okay.”
He takes a deep breath and begins, “Around sixteen years ago, when I was seven, my father was called to fight in the battle between our people. I didn’t want my father fighting, so he asked to be dismissed from his duties. I guess what I wanted wasn’t what I needed. A few days later, I found my father’s lifeless body on the floor.” His eyes crease slightly at the corners as he continues, “Before my father’s executioners could get to me, the Payohlini Guardians came and adopted me. They prepared me in the ways of the Guardians. On my eighteenth birthday, they assigned me a charge to look after. She was an adorable eleven year older. She had the most magnificent stardust blue eyes.” Pin looks up at me, a pain in his eyes that tugs at me somewhere within my chest. “So I studied her. Her flaws and perfection. Her past and future. But what I discovered . . .” He trails off.
“So . . . um . . . I guess you are an expert on all things Zola.” I smile, trying to make light of the moment, until the rest of his story slowly sinks in. “But I don’t understand. Why do I need a guardian? I’m no one special. I am just a normal Victian girl.”
“Are you telling me you don’t know anything about yourself? About the war?”
I shake my head.
“Why do you think Rican and I refer to you as Princess?”
I frown. “I thought it was an insult.”
Pin seems to study me for a long time. I trail my fingers over his silky black hair, but he jerks away from me. Taking that as my signal, I remove myself from Pin’s lap and cross back to the bed.
“You’ve had a long day, Princess,” he says gruffly. “Get some rest and I’ll tell you more of the story later.”
“Wait.” I twisted back. “I have one more question.”
“What?”
“Why did they choose you to be my guardian?”
“They gave me the honor of protecting you because I’m the youngest. The Guardians wanted someone who could work well with you. Figured I could. Now get some rest.”
I watch Pin leave with longing in my soul. Why do I feel so much for him when I’ve only known him a day? Why doesn’t he feel the same way?


More importantly, why would the Payohlini assign him to guard me when they are at war with my people? 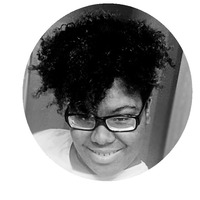 Hi!  I’m La’Teaikia, and I write YA Science Fiction, Fantasy, and Romance.  I’ve been an avid reader since ninth grade when I first discovered Stephanie Meyer’s Twilight.   I know, I know. Most people think sparkly vampires are just wrong.  I am NOT one of those people.
Even though I’ve only been reading for a short time, unlike most authors,  I’ve been writing since I was seven.   And before you ask, that was fifteen years ago.
To me, everything have to be perfect, which is why it has taken me so long to publish my debut novel, Zola Flash.  I tend to plan out and list everything.  My husband think it’s excessive.
So with that being said, here are a few things you should know about me, other than what I’ve already said.